By Jenny-Anne Lynch on May 1, 2015 in Technical Writing

Do you twitch when you see a tweet with a typo? Do you get a headache when a headline has a redundancy? What about the grocer’s apostrophe? Is it a familiar pain like a relative on Facebook you can’t unfriend? We all make writing mistakes. At the same time, we all have our pet peeves when it comes to spotting errors, both in our own office environment and the public domain. We ran a survey among 44 writers in TWi and shortlisted the top writing mistakes that annoy us the most.

Here is the full Top 10 list, accompanied by some of our staff’s responses to the question, ‘Which writing mistake annoys you the most?’

The most annoying mistake, according to our survey, is overly complex writing. One technical writer sums up the general sentiment towards our Number 1: ‘I wish people would just say what they mean.’ If you’ve ever been puzzled by an instruction manual or by the contradictions of an online help centre, you understand where we’re coming from.

Our runner-up is obfuscation: ‘Mistakes don’t annoy me so much. Everyone is prone to them. It’s wilful obfuscation that really irritates me.’ Fuzziness annoys us almost as much as complexity. As you can see from our top two entries, we are a sensitive bunch when it comes to documentation being user-friendly. 

3. Misuse of there, they’re, and their

This timeless classic came in at third place. As another staff member points out, ‘Their are so many mistakes out there, aren’t they’re?’ We can all see what she did there, right?

We technical writers love to spot a good typo. Sometimes they’re funny – but not when they pop up in a CV or other form of business writing: ‘If your CV says that you were “responsable” or “successfull” in a previous role, you are not likely to be called for an interview.’ 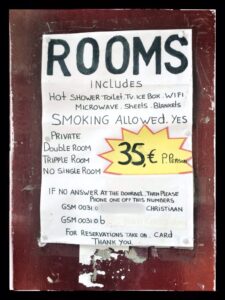 Capitalisation is difficult to standardise and get right. Roles and job titles often cause problems: ‘The random capitalisation of words, such as generic job titles, is annoying. For example, it’s editor, not Editor, and engineer, not Engineer.’

The grocer’s apostrophe refers to misplaced apostrophes with plural nouns, traditionally seen on signs displayed outside a grocer’s shop. For example, ‘Finest ripe banana’s for €1.’ The Number 6 no-no drives us nut’s.

Part of a technical writer’s job is to make content clearer by removing redundant terms that don’t add new information. They crop up everywhere, even outside the office: ‘Redundancies like “panini sandwich” always grate.’

‘Having taken a photo, the kangaroo bounded away.’ In this sentence, ‘Having taken a photo’ is a dangling modifier, because it is not clear who took the photo. Was it the kangaroo? A modifier provides more information about another word in a sentence. A dangling modifier provides more information about a word that isn’t clear or is missing from the sentence.

Other contenders that didn’t make the final shortlist include the confusion between ‘it’s’ and ‘its’, ‘should have’ and ‘should of’, and ‘me’, ‘myself’, and ‘I’.

What do you think? Do you agree with our selection? What would you add to the list? Share the top writing mistakes that annoy you most in the comments.

We can’t complain about the pains of these top writing mistakes without offering some remedies. So, we also compiled a list of the top 10 writing tips as voted by our team.

Jenny-Anne has been working as a technical writer with Technically Write IT since January 2014. Previously, she worked in Adult Education, Communications, and Technical Support.
View all posts by: Jenny-Anne Lynch→

3 Responses to Top 10 Writing Mistakes as Voted by TWi